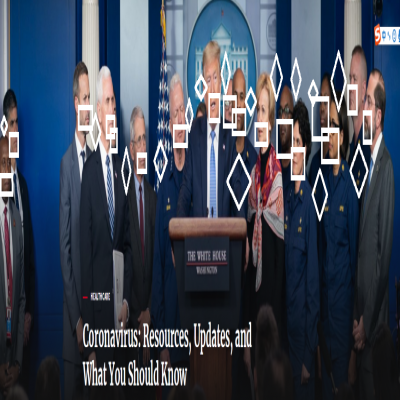 Advice from China for Australian government to stop the pandemic of corona virus since 23, March 23, 2020

Advice from China for Australian government to stop the pandemic of corona virus since 23, March 23, 2020   Dear Mr. Kevin Michael Rudd, I have just read the homepage of the Austra

Advice from China for Australian government to stop the pandemic of corona virus since 23, March 23, 2020

You will find that they were taking stricter action that Australian government are doing now but that didi not slow the spread of the virus. You can read the news to prove whether what I am saying is true or not.

The Australian should do what Wuhan government did since 17, Feb, 2020 and what China except Wuhan did since 24,January, 2020.

As “No man is an Island entire of itself, every man is a piece of the Continent, a part of the main”, this paper is written to help the Australian government stop the spread of the corona virus as soon as possible at the minimum cost and reduce the mortality rate of the Australian people suffering from the pandemic to the lowest level.

As the Australian NHS is nearing the edge of collapse very soon and the corona virus is spreading  stealthily at an extraordinarily quick pace and killing people at a lighting speed, I recommend this action plan for the Australian government from my observation of what happened in Wuhan, China from November,2019 to March 23, 2020  for your consideration.

To be specific, my recommendations are as follows:

Firstly,  ignorance of the stealthy, quick-spreading and quickly mortal corona virus is the worst enemy in fighting against corona virus, which is the most painful lesson that we Chinese have learned in Wuhan from December,2019.

Secondly, prejudice against China and contempt to the Chinese government are the best allies of the corona virus.

Finally, the experience of the Chinese practitioners in curing the corona virus in Wuhan is the best support for the Australian doctors and nurses to cure the patients in Australia.

B,  Test every person for corona virus as soon as possible. If every one can not tested, test the people who have close contact with the people who are diagnosed COID-9 postive.

C. Order the Australian people to stay at home and keep the size of the population living under one roof as small as possible. Preferably, one person lives in one location, an apartment, a room or a house for 14 days. If people can not live alone, everyone of the people who will live under one roof must be tested first.

D, Prepare the three-day food package composed of vegetables,meat and bread, at a low price subsidized by the Australian government for the low-income people. And waive the water and electricity bill for people staying at home continuously for 14 days.

To help you have a better idea of the food package, here is the price of the vegtable package in Wuhan now. Ten pounds of vegtables cost 10 yuan, which is roughly 1.12 Australian dollars. And one pound of 1 pork is 7 yuan which is a little more than 1 Australian dollar. All the information above can be found on the website of Wuhan Government.

E,The food package will be delivered by volunteers who are paid by the Australian government and the delivery process will come public on the FACEBOOK, TWITTER and other social media.

F, Keep the vegetable and meat farms , bakery and wine shops running by providing every farm workers with corona virus tested negative. The workers will receive virus tested every day.

F, Keep the food and medicine transport running to support the whole Australian population’s 14-day stay at home with food package medicine and other necessary service and the workers will receive virus tested every day.

G, Each person will have an electronic waist band to keep the track of their movement in the 14 days. If they go outside their home, they will be warned.

H, All the police, military force and volunteers will be on the streets to keep people staying at home, which is the only way to fight against the demon of corona virus.

I, For all the homeless and jobless people, shelter of a single room will be provided for each person.

The population of  24,488,991 in Australia living at home for free for 14 days:  The food and logistic cost per person for the stay-at-home-for-14-days plan is estimated to be 2,100 Australian pounds. And the total cost is roughly 5,000,000,000 Australian dollars, which is only 0,5 percent of the general domestic production of the Australia in 2019. If this cost is not paid, the loss of people’s lives and economy will be 100 times more.